Supervillains are historically inseparable from their superhero counterparts. Batman has the Joker, Superman has Lex Luthor, Joe Biden has Nixon’s Ghost. However, as comic movies keep getting bigger, and as the MCU sucks up the world’s supply of white dudes named Chris, the villains are increasingly left behind. These guys fall into a few tidy categories, and alive or dead, find themselves forgotten when the credits roll.

Somehow, the greater realism applied to superheroes, the less room there is for supervillainy. Instead, we’re left with a handful of tropes, with only a few bad guys able to break out of the box. This dynamic is crucial to the ways our current crop of superhero blockbusters reflects our wider psychology. We ache for something bigger than ourselves to believe in, and assemble the Avengers. We question that ache, and begin the Civil War. But when it comes to evildoers, we haven’t figured out what we want. Sometimes it’s just exaggerated versions of the bad people in the world, sometimes it’s faceless alien hordes, sometimes it’s pure evil, given the nasty explanation of “mental illness.” In contrast to the depth we’ve given our heroes, our villains keep falling short.

END_OF_DOCUMENT_TOKEN_TO_BE_REPLACED

This past weekend, I had the opportunity to play piano for the annual student-run musical revue at my alma mater. Each year a number of songs are chosen from a variety of musicals, generally with some sort of overarching theme. This year, the theme was “Villains”. While primarily just a showcase of song and dance numbers, there was some element of discussion of the motivations of the characters, and what led them to their villainous ways. The question of why people do bad things felt especially pressing in light of the stabbing attacks at Franklin Regional High School, located a mere forty-some minutes away from my alma mater. As I prepared for rehearsal the night after the attacks, just two nights before opening night, I thought to myself: our show has either become very timely, or completely disrespectful.

It all hinges on just how the villain is portrayed in the musical. Is the villain demonized, humanized, or glorified? Too often, though not always, it is that last option. Sure, lots of other media forms can glorify the villain, but I think musical theatre can more easily take it to another level. Many novels, TV shows, or movies can make being a villain seem understandable or sympathetic or intriguing; others can go a step further and make being evil seem cool, glamorous, and sexy. But few things have the power of musical theatre to make being bad seem downright fun. Take a bad guy that would be glamorous in another context, then add impressive choreography and a catchy song? You’ve just made a rock star. I’m going to look at just a few examples from some musical theatre baddies after the jump. 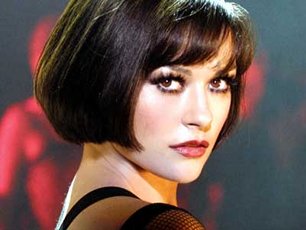 Being bad never looked so good.

END_OF_DOCUMENT_TOKEN_TO_BE_REPLACED 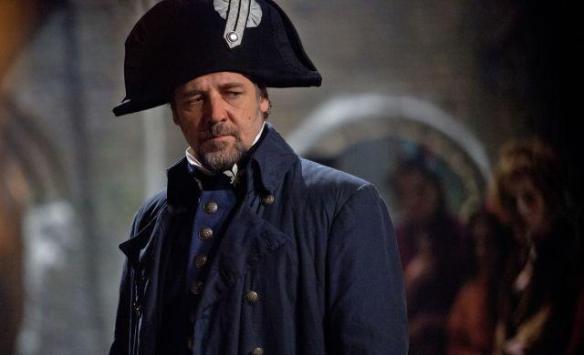 Recently, I’ve been on a bit of a Les Misérables binge, and as I unfortunately don’t have time to go back and reread the book, I’ve taken to reading its wiki page and fanfiction instead. In my search through the internet, I came across a term that I had never heard before in reference to the character Javert: anti-villain.

Unlike other villains in classic literature such as Iago of Othello, Javert is portrayed as a somewhat sympathetic antagonist with noble goals and viewpoints, arguably an anti-villain.

Until this point in time I had only thought about and been aware of the differences between an antagonist and a villain. I had never even considered a term like anti-villain, even though I’ve often thought about the differences between protagonists, heroes, and anti-heroes. All things considered, it makes sense that if anti-heroes can exist, there should also be room for anti-villains as well.