The first time I saw Wicked, it was 2005, and my high school musical’s cast, crew, and a passel of chaperones had come to New York to see the sights—including the still relatively new show. We sat in the very last row of the very last balcony, and I cried like a baby at the end. (I still do, even just listening to the soundtrack.)

Time passed, and a million fairy tale retellings, Ozian and otherwise, came and went, inundating movies, books, television, and comics. But no matter how these stories ebbed and flowed in popularity, Wicked has stayed strong and stayed open, belting out its loving but revisionist history of L. Frank Baum’s fairytale world eight times a week at the Gershwin Theatre in New York. However, I haven’t seen the show in years, and the last time I saw it was with the national tour, rather than the Broadway version. So when a good friend came to visit me in NYC a few weeks ago and asked if I wanted to go see the show, her treat, I was delighted to agree. I was surprised to find, however, that despite the show’s age, it seems more relevant now than ever.

END_OF_DOCUMENT_TOKEN_TO_BE_REPLACED 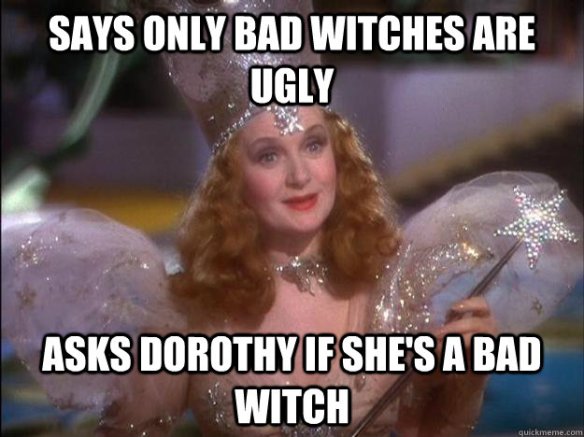 Western standards of beauty are ubiquitous, and just one of the many things they’ve infiltrated is our retellings of fairy tales. All too often, you can tell who’s good and who’s evil just by looking at the characters’ faces. If they’re classically beautiful? They’re probably good. But if they have anything that’s considered ugly by societal standards, be it a big nose, a fat figure, or a wrinkled visage, chances are they’re working for the dark side. END_OF_DOCUMENT_TOKEN_TO_BE_REPLACED

The friendzone and the entitlement it represents are a constant topic of discussion in the feminist community. This mentality presumes that men are entitled to women’s attention, and it also paints the rejected men as the victims instead of sympathizing with the put-upon women. They were Nice Guys, after all, why didn’t women reward their kindness with sex? 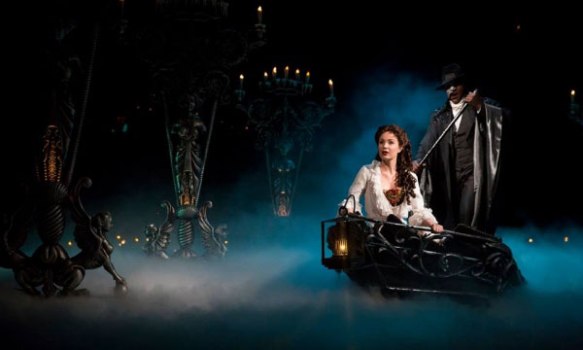 Is… Is the Phantom actually wearing a fedora?

I recently had the tremendous pleasure to see Norm Lewis as the titular Phantom of the Opera on Broadway, and well, the performance was spectacular. But it also got me thinking about the way that the tragedy of the Nice Guy is often an implicit part of theatrical romances. And while at first I thought that these narratives vindicated the Nice Guy struggle, I actually realized that theatre is a great place to go to see Nice Guys laid low. END_OF_DOCUMENT_TOKEN_TO_BE_REPLACED

Ten years ago tonight, Wicked the musical opened on Broadway. In honor of this achievement, here are ten good reasons you should be celebrating this musical:

END_OF_DOCUMENT_TOKEN_TO_BE_REPLACED

I had it all planned out. I was going to write an article about how the musical Wicked, while amazing, gets disabilities wrong with its handling of Nessarose’s paralysis. I was going to complain that when Elphaba “cured” Nessa, the Wicked Witch of the West gave the message that the disabled are broken and need to be fixed. I had it all planned out.

But I got beaten to the punch. And I could not be happier. 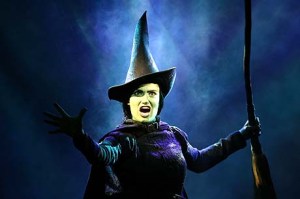 END_OF_DOCUMENT_TOKEN_TO_BE_REPLACED

With so many movies being made into musicals I thought it would be interesting to compile a list of what I consider to be the best musicals made from an existing source material, be it book, movie, or other medium. Before continuing on to the list, I’ll tell you my criteria:

That’s pretty much it. It was still a bit challenging to fill out the list, though, as some shows I wanted to include I hadn’t yet seen or read the movies/books on which they were based. On with the countdown!

END_OF_DOCUMENT_TOKEN_TO_BE_REPLACED

Last time I talked theatre, I discussed how problematic the love triangles in musicals can be. I also touched on how two-girls-and-a-guy triangles can negatively affect women’s relationships.

Well, that’s a major downer, so I figured this week I’d look at some fabulous lady-duos and focus on the awesomeness of women supporting other women.

These first two are frighteningly similar in situation—Glinda and Elphaba from Wicked and Amneris and Aida from Aida. Glinda and Amneris help temper their fiery friends’ wills and teach them to enjoy themselves, whereas Elphaba and Aida help the more flighty ladies gain some perspective and learn what’s really important in life. Neither overwhelm or undermine the other—they both help each other to grow.

Wicked also brings us the most tearjerking-but-great anthem to friendship ever, “For Good”, so I’d be remiss not to post it here.

My third pair’s friendship isn’t quite as high-profile as the others, but I still think it’s worth mentioning. Phantom of the Opera‘s Christine Daae is close friends with Meg Giry, the ballet mistress’s daughter. Over the course of the musical, we don’t see Christine doing much for Meg, as she is beset by suitors and dealing with sudden fame. However, Meg is a constant presence, and is full of both pride and practical concern for her friend. Christine probably would have avoided a lot of crap if she’d spent more time listening to Meg. 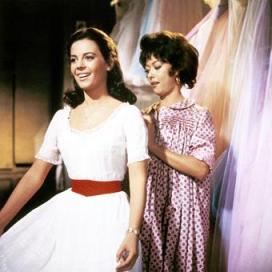 There’s also Maria and Anita from West Side Story. Their relationship is a bit more complicated, but, like Meg, Anita just wants what’s best for Maria. Their friendship is sorely tested when boy drama—which here means that Maria’s boyfriend was sort of responsible for Anita’s boyfriend’s death, and that when Anita tries to help Maria and her boyfriend out anyways she gets the crap beaten out of her (and, in some productions, raped) for her efforts—intervenes. They are a good example of the fact that nobody’s perfect, and of the toll that outside stressors can have on an otherwise healthy friendship.

Finally, let’s consider Nettie and Celie from The Color Purple. (Yeah, they’re sisters too, but it still counts.) Nettie and Celie have a truly hard life, escaping a sexually and physically abusive father only to be separated for years when Celie is married off to another abuser. Despite this long, forced time apart, Nettie constantly thinks of Celie and even helps raise the children Celie had as a result of her father’s abuse. Celie gains strength and hope from the belief that her sister has it better than she does. It isn’t till the end of the story that they’re reunited in person, but despite the physical distance between them throughout the rest of the play, their bond never really weakens.

I sadly had some trouble compiling this list, which I think means there needs to be far more musicals with chummy lady leads. Of course, I haven’t seen every musical, so maybe I’m forgetting some—let me know what I’m missing in the comments. 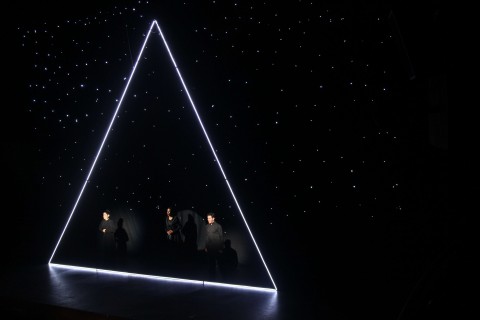 END_OF_DOCUMENT_TOKEN_TO_BE_REPLACED

Despite being a huge Wicked fan (I mean, check the username) I don’t think I’ve posted about it at all here. However, having just seen the show again a couple weeks ago, I’ve been in a Wicked mood — so I’m gonna post some fun news that’s been going on for the show as it nears its tenth year on Broadway. 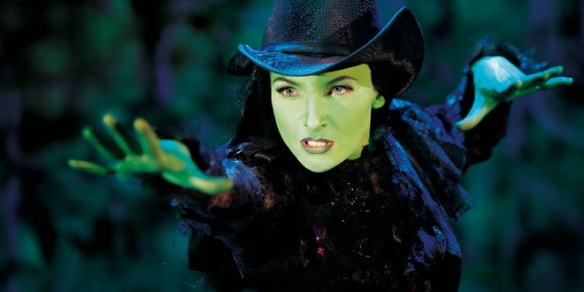 Willemijn Verkaik will do a limited run as Elphaba on Broadway

Willemijn became a fast fan favorite when she opened the German production of Wicked and with her perfect witchy look and killer voice it’s not hard to understand why. On top of these great attributes Willemijn also brought her intense, passionate acting to the role. She went on to open the Dutch production of the show as well, getting to perform the show in her native language. Now this incredibly talented woman is going to get to make her Broadway debut and American audiences will get to experience firsthand what audiences in Stuttgart and Holland have already fallen in love with.

Enjoy Willemijn performing Elphaba’s signature “Defying Gravity” in all three languages in which she has performed/will perform the role:

More news under the cut!