In fairy tales, magic is often used as if it’s a force of nature’s divine justice. Even if no god figure is connected to a magical world, magic tends to act as the deus ex machina, doling out punishments and blessings where needed. But sometimes I question the morality of this mysterious magical force and the judgements it gives out.

The new Beauty and the Beast live action movie has everyone hyped, and so I decided to rewatch the original animated movie. In doing so, I noticed something disturbing: the Enchantress that punishes the Beast seems like a judgmental dick! 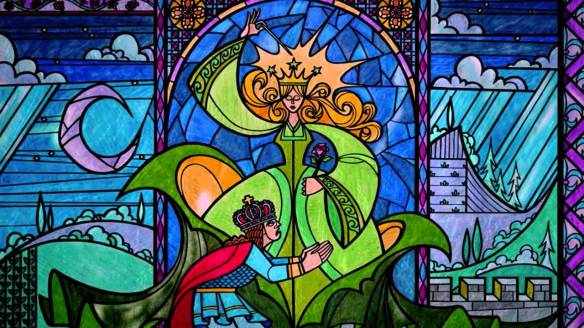 What sets off the story of Beauty and the Beast is an Enchantress showing up at the prince’s castle. She’s disguised as an elderly woman who asks for a place to stay out of the cold. The prince is repulsed by how ugly she is and turns her away, but at the last minute she turns into a beautiful Enchantress and punishes the prince for his inhospitality by turning him into a beast. Oh wait, but that’s not quite it. Let’s start at the beginning of all this to see what is really so wrong with the Enchantress passing moral judgement here.

First, let’s start with the prince turned beast. The Enchantress gives the Beast a rose that marks the passage of time. The rose is supposed to keep blooming until he turns twenty-one, after which it will wilt and the Beast will remain a beast forever. In the movie the narrator at the beginning states, “The rose, which was truly an enchanted rose, which would bloom until his 21st year.” By the time the Beast and Belle meet, he is dangerously close to staying a Beast forever. In fact, the two fall in love just as time is up. That means that the Beast was only eleven years old when he was punished by the Enchantress. Eleven. I work with eleven-year-olds; turning them into a monster would not help shit. Making an eleven-year-old feel self-conscious and isolated is just going to hurt them. Furthermore, he’s young enough that he doesn’t have a fully developed sense of right and wrong. Not all eleven-year-olds are blameless for the stuff they do, but everyone does stupid stuff as a kid. The Beast was judging the Enchantress on her appearance, but so do a lot of people when they’re that age. They should be taught better, so I want to add—where were the Beast’s parents? The Enchantress punishes a little boy and an entire castle of servants, but there are no parents anywhere! Does the Enchantress kill his parents? Did they die before this? Did the Enchantress punish a preteen orphan prince because he didn’t have manners? This just seems totally out of line. 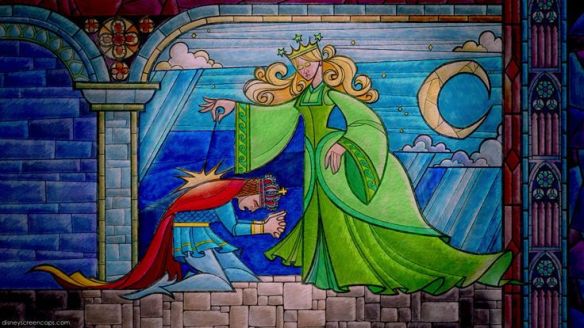 He doesn’t look eleven here, which is why this whole thing is so confusing.

Speaking of out of line, the Enchantress punishes the whole castle, including the poor servants who had nothing to do with what happened. Perhaps the Enchantress punishes them because the Beast doesn’t have parents and she expected the servants to teach him manners and morality. But that seems to be a lot to ask of paid servants who literally must take their orders from an angry kid. We see the Beast take their advice in the movie, but it’s clearly not something he has to listen to. He also easily dismisses and yells at them without any sort of guilt. There is clearly not much in the way of familial feelings there, so they aren’t exactly people who can teach the Beast anything about being a good moral person. They are just servants who work at the palace—how kind or loving is it for the Enchantress to punish them as well?

On top of this, she says that the Beast has to learn to love someone and be loved in return in order to break the spell, adding another complex layer to all of this. The idea that just because a person loves another person means that they’ll be more loving in general is silly. People are very capable of loving a significant other and still being immoral or even just very rude. Let’s unpack this: this means that the Beast has to learn to care about someone. There is no indication this has to be romantic, but this is Disney, so it sadly has to be. So that’s fine, but how is that something that even teaches the Beast a lesson? It’s easy to love someone who you like. Just because the Beast found love doesn’t necessarily mean he’s now a good person. Especially in this hetero romance, the narrative creates this whole idea that a woman can act as moral compass for a man. The idea that someone else has to love the Beast in order for him to break the curse is silly. In my opinion, loving someone who hates you is one of the hardest and most noble things to do. But even aside from that, this is putting a lot of pressure on the Beast’s potential significant other to act as a moral compass and authority. Beast is trying to get Belle to fall in love with him, but Belle is just trying to help Beast act kinder and more respectful for a lot of the movie. The Enchantress basically puts everyone into a terrible position that honestly none of them really deserve. 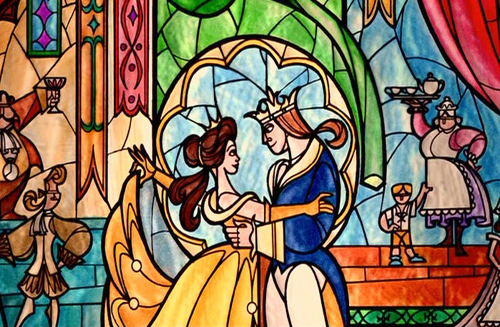 The Enchantress isn’t even really in the movie, but she affects so much of it and screws over so many people solely because she judges the Beast to be immoral. Her wrath touches the boy-prince who refused to help her, his servants, Belle, and her father. The Enchantress arguably did more harm than the Beast ever did. And we are never even given any explanation about anything to do with the Enchantress. Why did she decide to pretend to be a haggard looking old woman in order to test the prince’s hospitality? And what gives her the right to do any of this anyway? That’s the issue with this whole movie: the Enchantress is really just there to create enough drama to bring Belle and the Beast together. It would actually make more sense if she was evil or something, considering all of the trouble she causes to a kid and a whole castle full of unsuspecting servants. But instead she is painted as a moral figure judging the prince, but we never learn what is supposed to make her this moral figure, especially when she punishes people so indiscriminately and harshly. It might have been more interesting for her to have been something of a trickster spirit or demigod—tricksters aren’t meant to necessarily be moral themselves, but they like punishing rude and immoral people, and their punishments are often harsh. This fits so much more with the little we know of the Enchantress. Even so, I wish we knew more about the Enchantress. If she was another character in the movie instead of just a plot device, this whole thing might make more sense.

1 thought on “Magical Mondays: Beauty and the Beast & Magic and Morality”