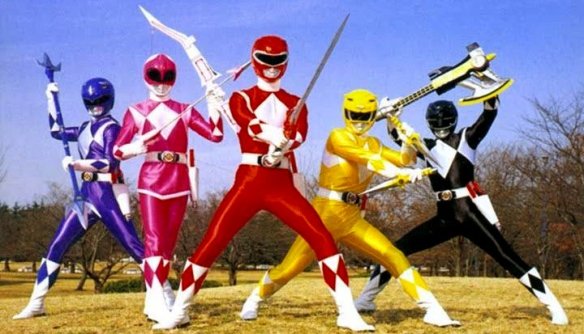 Since the dawn of recorded time (aka: the early 90’s) the Power Rangers have fought the forces of evil with their flashy suits and even flashier fight scenes. Initially there were five Rangers, eventually joined by a sixth, and their characters seemed to be irrevocably entwined with the color of their suit. Not only did the characters wear street clothes of the same color as their Ranger suits, but as they left the team and their suits were taken on by new members, the character traits seemed to remain largely the same.

For example, the Red Ranger will invariably be the leader (unless some upstart punk joins the team late and decides he’s in charge now) and will typically be full of bravado and inspiring speeches. He will also always be male. The Pink Ranger will always be female and she will probably embody very traditional ideals of femininity: gentleness, a fondness for nature, grace, etc. The Yellow Ranger will typically be a spunky young woman, more spitfire than the girl donning the pink.

Despite the frequently changing Rangers, there always seemed to be a tie between the color of the suit and the personality of the one wearing it. It was often the case that the new team members seemed to be new variants of the person they were replacing. Not only do the colors seem to determine what kind of person will wear them, they also seem to be very gender-specific. For the majority of the Rangers’ history Yellow and Pink have been exclusively female while any and all other colors were reserved for the guys.

Even though the Japanese series on which the original Power Rangers were based had a male Yellow Ranger, the American version cast a female in the role instead. While it did offer more female representation on the show it also did something very limiting for women in the series by relegating them exclusively to the “girl colors” of Yellow and Pink from the get go while every other color seemed to be open to the men. Because Yellow and Pink were never the leaders of the team, female Rangers seemed to be precluded from this position, though one early exception to this rule came in the form of the Alien Rangers whose leader was a female White Ranger. They were a very special case though, coming from another planet and really only being around to help out Earth’s Rangers when they were incapacitated for an extended period.

For many years the Power Rangers continued on in this fashion until the Time Force Rangers saw the first Pink Ranger in the lead. Somehow, though, I don’t remember much about her being the leader… 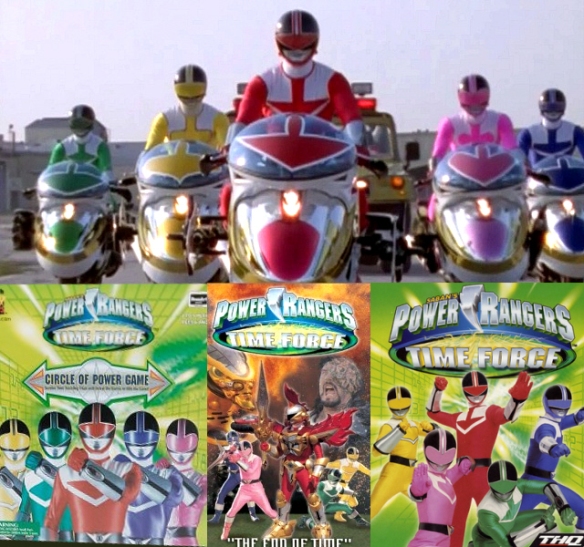 I wonder why that is?

It wasn’t until Power Rangers Ninja Storm that the Power Rangers really started breaking out of their color-coded gender norms. While the leader of the Rangers was still the Red Ranger there were two firsts: the first female Blue Ranger and the first male Yellow Ranger. Not only was a girl allowed to wear one of the traditionally male colors (and there’s probably no more male color in American culture than blue) but a man was actually allowed to wear one of the female colors which seems even more surprising.

It’s one thing for a woman to be shown with masculine characteristics, that’s usually associated with strength in the media, but a man, especially a straight man, taking on feminine characteristics is usually seen as degrading since being female is given so little respect in our culture.

Thankfully the Power Rangers have shown some growth in their many years fighting evil. Hopefully they will do so even more as they continue their battles. Maybe one day we’ll see a female Red Ranger or even a male Pink Ranger! The former seems more likely than the latter, but one can dream! I think the Ninja Storm Rangers showed us that the gender-restrictive color-coding should be defied more often because they were a kick-ass team. 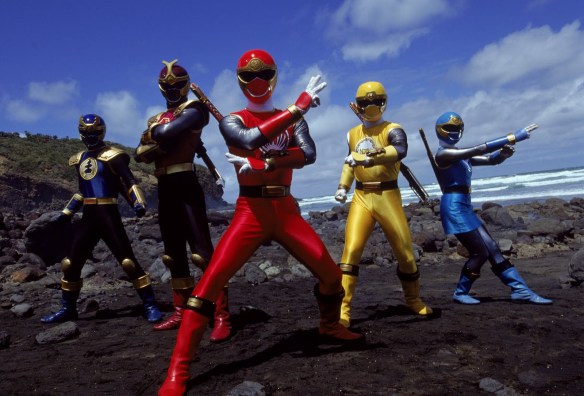