In the eternal quest to anthropomorphize everything, I think it’s pretty normal to occasionally look at generally featureless objects and idly wonder if they have a gender. After all, gender is typically a pretty significant part of identity for humans, and part of being human is to project humanity onto non-human things. Of course, most people can easily recognize that in reality, gender (as it exists separate from biological sex) is a uniquely human concept that can be applied to animals only in a very limited capacity, and to objects not at all. Thus, it was deeply surprising to me that the question of a robot’s gender became such a source of contention amongst Star Wars fans surrounding the release of The Force Awakens. It’s unclear who first voiced speculation about the gender of the adorably rotund new droid, BB-8, but it has spun off into a debate about the gender of every significant droid in the Star Wars universe, and opinions are bafflingly strong over in the gender binary camp. The more fascinating question, in my opinion, is whether an artificial intelligence can have a gender at all, and if so, what informs that aspect of its identity? 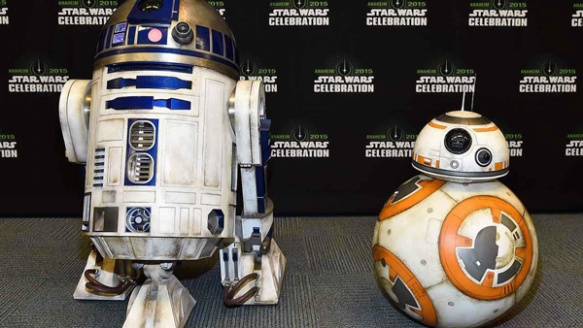 Aluminum Casing: who wore it better?

Admirably, many members of the Star Wars cast seemed to get pretty philosophical pretty quickly when asked to gender BB-8 and R2-D2 (two of the least humanoid droids in the series). Gwendoline Christie remarked, “I don’t think they have a gender… because they’re droids.” Daisy Ridley, visibly baffled, said, “I don’t really think it matters,” and Lupita Nyong’o, after some intense consideration, said, “Oh dear, well you just have this subconscious bias that these things are ‘he’s… I’m just recognizing that and, like, scolding myself.” Both J.J. Abrams and Oscar Isaac said something about checking “under” the droids, assuming that their gender would be linked to some kind of physical attribute, but after thinking for a moment, it was Oscar Isaac who seemed to realize the wider implications of gendering something that isn’t alive but seems to have some degree of sentience. “What is gender?” He muses, “Let’s talk about… gender and artificial intelligence maybe.”

The exact moment Oscar Isaac realized the magnitude of what he was being asked.

The peculiar thing about droids in the Star Wars universe, as compared to robots in general, is that some of them seem to be sentient and have something akin to an identity, while others clearly do not. The battle droids in The Phantom Menace, for instance, are fairly simplistic and clearly are not capable of independent thought, whereas R2-D2 has problem-solving abilities, a sense of loyalty, and even seems to exhibit emotions such as fear and sadness. In the Star Wars extended universe, it is implied that the longer a droid goes without having its memory wiped and reset, the more quirks it develops. Whether this amounts to an actual freethinking consciousness or simply the illusion thereof is a whole other philosophical debate. I would argue, however, that certain droids do have the capacity to form what we humans would consider an identity: a unique personality and sense of self that exists beyond basic functional programming.

Maybe let’s not give them personalities and then kill them in droves.

That said, having an identity does not necessarily mean that droids have a concept of gender. Because they are non-biological and non-sexual beings, there would certainly be no relationship between their physical/sexual attributes and their gender, as is often the case with humans. It seems plausible, however, that through interaction with humans (and presumably gendered aliens?) droids could learn the concept of gender as it applies to sentient biological beings. Having grasped that idea, it is possible that a droid could then make the leap to applying a gender to itself. It is also theoretically possible for a programmer to create a droid with an artificial concept of gender built into its software. This seems to be the case with C-3P0, who was clearly built to resemble a male human and behave as such. This raises another question: could a droid be programmed with a gender and then, over time, develop an identity contrary to that programming? Can there be trans droids? Is it possible for a droid to actually defy its programming or are droid “personalities” an expansion of that programming? This existentialism is getting out of hand. 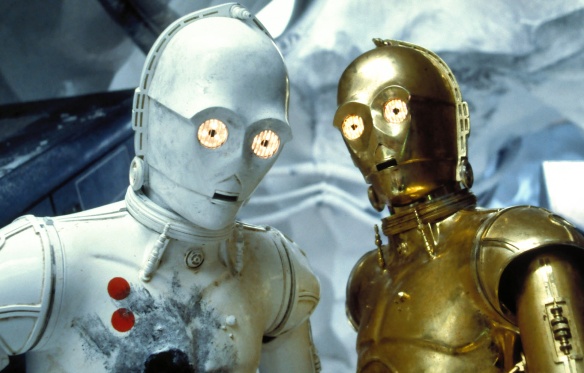 The hard metal shell and fixed expression of terror really give them a comfortingly human vibe.

Anyway, given that BB-8 and R2-D2 have both been built for utilitarian purposes, it seems highly unlikely that anyone in the Star Wars universe programmed a gender into them to begin with. One of BB-8’s creators, Neal Scanlan, claimed, “BB-8 was female in our eyes. And then she became male. And that’s all part of the evolution, not only visually, but in the way they move, how they hold themselves.” While I understand that the artist’s perception of gender had some impact on the creative process, this “evolution” of gender seems once again to be strictly a case of several different humans projecting onto a nonhuman object, and not an interpretation of any inherent quality that BB-8 has. BB-8 is a rolling orange-and-white sphere with no face that communicates exclusively in beeps. It would be a stretch for even the most determined observer to infer anything gendered from those attributes.

Therefore, while it’s not impossible for either BB-8 or R2-D2 to “have a gender” in a way similar to how humans do, the gender of such droids is certainly neither physical nor inherent. It is much more likely that they simply do not have a gender at all, since for them it would be a superfluous and foreign idea.

As to whether BB-8 is a boy or a girl, there may genuinely be a correct answer to that question, and there may not be, but speculating about it based on the droid’s physical attributes or behavior seems like effort that could be better spent elsewhere.