Possession is one of the most terrifying staples in the horror genre’s arsenal. Its terror stems from two main sources: firstly, the fear of lack of control over one’s own body, and secondly, the shock of seeing someone you know and love doing bad things. But aside from the visceral discomfort viewers feel from seeing a possessed person, how is possession used in the overall narratives of a work? In other words, what is the point of possession? I think it largely depends on who or what is doing the possessing, and the character development impact that the possession has for the character being possessed. 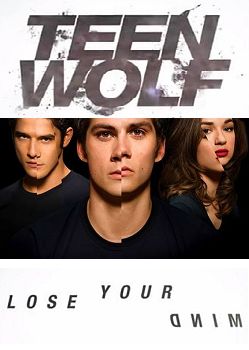 Season 3B: I did lose my mind, thanks a lot, Jeff Davis. I also lost my faith in humanity, my hope for this show, and also my dignity.

I’ll examine two notable examples from recent television. For those of us who are somehow still Teen Wolf fans, the latest season, which wrapped up this past week, featured an extensive possession story arc. This season, everyone’s favorite Loyal Best Friend, Stiles, came to the forefront (look at many promotional image for 3B, like the one above; Stiles was literally in the forefront, featured as more central than the Teen Wolf himself, Scott). Stiles was possessed by a malevolent Japanese fox spirit, called a nogitsune. Fox possession may sound strange to Western audiences, but in Japanese mythology, it’s totally a thing. On the other hand, most American media will feature the more familiar demonic possession, exemplified for the purposes of this post by the case of Sister Mary Eunice in 2012’s American Horror Story: Asylum.

If there’s one thing American Horror Story excels at, it’s lack of originality. In the beginning, Sister Mary Eunice, a nun employed at the titular Asylum of the second season, was portrayed as a simpering, whimpering young woman, weak and obedient to a fault: stereotypically “feminine” traits. She also came across as rather infantilized; her dithering and deference to her supervisor, Sister Jude, seemed almost age-inappropriate, indicative of someone with some arrested emotional development issues. Put these both together, and you get just the sort of character that is particularly prone to possession—the weaker a person is, the less able they are to resist the invading spirit, and the more innocent a person is, the more corruptible they are, which is like bonus points for demons. After a less-than-successful exorcism performed at the asylum in the second episode, she became the new host for the demon. The entity referred to itself simply as the Devil, but whether or not it was the head-honcho Prince of Darkness himself was never established, and it seems more likely that it was just some other denizen of Hell.

Here’s a riddle: when is a nun not a nun? When she’s got eyes like this.

So what happened to our sweet Sister Mary Eunice while possessed? Well, her saccharine, at times childlike, demeanor was replaced with all sharp edges. There were occasional outbursts of anger, but much more common were moments of subtle, but still very biting, sarcasm or thinly-veiled lines purposely used to prod, provoke, or psychologically harm those around her, poisoned barbs specific to each. She also became overly sexual and seductive, trying to seduce the twisted medical director of the asylum, who, despite his numerous problems, was actually drawn to Mary Eunice expressly because of her innocence. Eventually, she even ends up raping the young-ish monsignor, mounting him and taking his virginity when he was unable to stop her. The actual Mary Eunice has very few moments of lucidity in the nine or so episodes in which she is featured, but when she does, the audience can tell that she feels trapped and distressed to the breaking point, even at one point beseeching the Angel of Death. In her last episode, she manages to gain control for a moment, and she tells the monsignor through tears that she’s tired of fighting, to which he responds by unceremoniously throwing her over the stair rail, where she falls to her death, at last granting her freedom and peace. You think they could have at least tried a full-out exorcism before that, but AHS writers can’t be expected to think things through like that.

The face of an angel.

In many ways, Stiles’s possession in Season 3B of Teen Wolf featured many of the most common characteristics seen in media portrayals of possession. He is young, is rather naïve in a lot of ways despite what all he’s been through (though remarkably less naïve in Season 3 than he was in Season 1). He’s known more for his support and loyalty than for his physical prowess; he’s Good Guy Stiles, not Kick-Ass Stiles. As pretty much unanimously the most lovable character on the show, watching Stiles get possessed and be the vector of so much mayhem, destruction, and death was bound to hit hard, and it really did. Interestingly, the real Stiles was a lot more in control for much more screen-time than Mary Eunice ever was, though the audience had to watch the real Stiles go from his happy, goofy self to becoming overwhelmed with gloom and despair, which was very difficult. When in full-on possessed mode, he shared Mary Eunice’s propensity for cruel, biting sarcasm and pointed personal attacks meant to really wound those around him. While never as overtly sexual as she became, he did have some unsettling rape-y moments with Lydia, pressing up against her and snarling his threats into her ear. (Although by that point it was not Stiles’s actual body being possessed doing such horrible things, but rather a duplicate body that the nogitsune was using, minor technicality.)

So what does this all mean? First off, who or what was possessing, and what is their intent? Stiles’s nogitsune was actually very clear about his intentions; he explicitly states that his purpose was to bring chaos, strife, and pain, I guess because that’s just how nogitsune roll. However, the viewers were led to believe that the nogitsune was perhaps at some point a human, and now this human spirit was looking for revenge for some wrong. In actuality, it was just using a copy of its former host’s body to terrorize everyone before taking Stiles’s form. Apparently without a body it just looks like a tiny bug, which is still kinda scary, but not as much as other options. The demon possessing Sister Mary Eunice was much more vague, and like all run of the mill demons, seems to just get its jollies by making good people do bad things.

More importantly, what does the possession mean for the characters? Sister Mary Eunice, unfortunately, basically gets crucified on the cross of her own womanhood: she goes straight from virgin to whore. At first, pre-possession, she is weak and simple, negative connotations given to women throughout history, but when sexualized by the demon, her sexuality comes out in unhealthy, harmful ways. The message is: clearly a woman’s sexuality is something demonic, and for women, sex is merely a weapon to use against men, never a tool to use for their own self-empowered pleasure. If that’s not grade-A misogyny, I don’t know what is. Stiles’s possession is more linked to someone who cares so deeply about helping others realizing that he is the cause of their harm and pain. It’s also tied to Stiles being the nice guy, best friend type, and what it means to turn that upside-down. Throughout the series, Stiles never seems to get his due, because “good guys finish last”; however, being a bad guy certainly didn’t get him the girl or glory or anything but a whole lot of misery.

The final point is relevant to all possession arcs: if the character is truly possessed by an outside entity, are they complicit in their actions at all? Being the meanest, more spiteful person or an overly sexualized temptress are character traits of the possessor, not the possessed. In effect, Sister Mary Eunice and Stiles were not even characters for the majority of these arcs, but rather the demon and the nogitsune were. Thus, for all intents and purposes, Devil Mary Eunice and Void Stiles were in fact entirely separate characters from their hosts. To take it a step further, in the end of Season 3B I mentioned that the nogitsune had made a duplicate Stiles body for him to use, literally separating himself from the real Stiles—at that point, I wouldn’t even call it possession. In such an instance, the situation can no longer function as a commentary on free will and moral choice, but rather becomes more akin to identity theft. The power of the metaphor is lost.

So what is the point of possession? Well, I argue that most possession arcs are pointless. What kind of character development can a character gain in a narrative in which they are not fully a participant? Though the victim will undoubtedly have to pick up the pieces afterwards, for the duration of the possession, they are literally not the character performing the action. They have been sidelined, put on the bench. This is different than a mind-control or compulsion spell, for instance, in which a victim’s free will and agency have been compromised. Rather, in a possession, not just the victim’s will, but their entire consciousness/self has been removed or suppressed and replaced with that of some other being. Therefore, in case of a true, full possession, it is the possessing being who is the central character of the arc; the victim’s body is just a costume. Costumes are a necessary part of shows, but they don’t get character development. 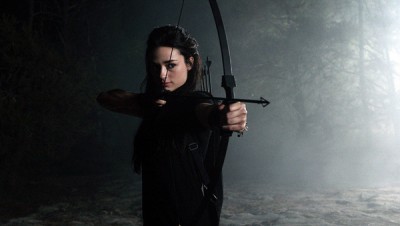 I swear there is a hint of a smile on her face.

What is a truly terrifying alternative to possession arcs? Let’s look at a different season of Teen Wolf for an answer. Allison is driven by grief over her mother’s suicide to seek revenge on the werewolves in the end of Season 2 (with a little help from her sadistic grandfather, of course). The scene in which Allison calmly and cruelly shoots arrow after arrow into Boyd is one of the scariest and most upsetting to me of the whole show. Why? Precisely because it’s not some outside intelligence operating her body to do this act of violence: it’s her. It is the same Allison Argent we had grown to know and love in Season 1; this very same girl is committing these atrocities. There’s no demon or fox spirit to blame for this, it is merely a human being, broken by grief and loss. Yes, she had evil guidance from her grandfather, but ultimately she is making the choice to do this. Seeing what a good person will do when pushed past the breaking point, without the help of any devil, will always be more horrifying than any possession.

2 thoughts on “The Devil Made Me Do It: Possession as Plot Device”