I’ve never been a big fan of James Potter’s character. Part of that, I’m sure, is colored by my love for Severus Snape, so I’ve always thought of myself as a little biased when it comes to this issue. It also doesn’t help that the fandom as a whole seems to be split down the middle when it comes to both James and Severus—I can’t find many people online who either passionately hate or passionately love both of them. A lot of fans tend to hate one and love the other, as if they have to choose a side for some reason.

I’ll admit that I’m also guilty of this. Snape is my favorite character, and after reading the fifth book, for the longest time, I loathed James Potter. However, in recent years, as I’ve come to terms with the more problematic aspects of Snape’s character, I got to thinking that I should give James another chance. Unfortunately, even then, something about James still struck me the wrong way. Despite being a widely popular character among fans, we don’t know all that much about James outside what we are told by other characters—it’s hard to say whether or not he was even a good person—and what we do know about him is that for much of his life he valued ideals that reinforced toxic masculinity.

James Potter has a lot of likable traits to go along with the things about him I hate. To start, we know that he’s more than capable of kindness, compassion, and empathy. The way he treats Lupin—accepting him as a friend, becoming an animagus for him, and later in life supporting him financially—tells me that James Potter is, deep down, at least a semi-decent person. He joins the Order of the Phoenix and fights in a war against a power-corrupt wizard hellbent on killing Muggle-borns, because despite being a privileged pureblood, he doesn’t believe in pureblood supremacy, and he also gives his life trying to save his wife and child.

Unfortunately, the good things he does do not excuse the bad. One of the few times we see James Potter, he sexually assaults someone and uses that assault to coerce a girl he likes to go out with him.

We don’t know a whole lot about James’s childhood outside his relationship to the other Marauders, but we do know that he was a bully. Potentially as a result of an incredibly pampered upbringing, James was rather arrogant and boastful at Hogwarts, and we know that he used to hex other students just because he could. On the Hogwarts Express,  James meets Lily and Snape and begins an antagonistic relationship with the latter.

It’s in James’s fifth year during O.W.L.S. that we really get to see what kind of person he used to be. After taking a test, he and Sirius corner Snape, and they hex him multiple times. At one point they fill Snape’s mouth with bubbles, choking him, and then using the Levicorpus spell, James levitates him into the air and exposes his underwear to the whole school. James even threatens to remove his underwear and expose him further, and the scene ends before we find out if James followed through on that threat. I’ve seen a lot of people defend James’s actions here, and the level of rape apologia astounds me. Other fans have pointed out, in James’s defense, that James is only fifteen at the time, that Snape is the one who invented the spell in the first place, that Snape is hardly an innocent person, and that James eventually grew out of being a bully. I’ve also seen people claim this cannot be sexual assault because James is not sexually attracted to Snape.

Still not sure why he wasn’t expelled.

However, those things don’t change what James did. Fifteen might be a young age, but it is more than old enough to know better, and Snape’s actions, whether or good or bad, do not excuse James’s. Snape may have invented the spell, but that doesn’t change the fact that James used it to sexually assault someone. And no, James lacking attraction to Snape doesn’t make this less of a sexual assault. James’s own personal desires have no impact on the fact that he forcefully exposed another person against that person’s will. Making matters worse, James also attempted to coerce Lily into going out with him at the same time. When Lily stands up to James and demands that he leave Snape alone, James responds that he will, but only on the condition that Lily date him.

“I will if you go out with me, Evans,” James said quickly. “Go on… Go out with me, and I’ll never lay a wand on old Snivelly again.”

When Lily still refuses and continues demanding that James stop what he’s doing, James then “earnestly” says, “Ah, Evans, don’t make me hex you.” The entire conversation is unnerving on a number of levels. In this scene, James is displaying abuser characteristics—not only is he taking joy from causing someone else pain and humiliation, he’s attempting to manipulate and coerce his love interest, as well as blame her for his potentially hurting her. James says that one of the reasons he attacked Snape is because Snape “exists”, but we also know that he doesn’t like Snape due to his friendship with Lily, the object of James’s affections. This is controlling and jealous behavior typical of toxic masculinity, and when Snape insults Lily by calling her a Mudblood, James takes it upon himself to act chivalrous and threatens Snape if he doesn’t apologize, despite what Lily says or wants.

Unfortunately, other than this scene, just about every account we get about James is from a biased source. Snape tells us that he’s an absolutely horrible person, while Remus and Sirius talk about him from a completely opposite view. Whether or not James continued being a horrible person is left entirely up to the reader’s interpretation.

Many fans extrapolate that James must have matured over time. After all, we know that the year following the assault, James eventually saved Snape’s life. We also know that he marries Lily, and it’s hard to imagine that Lily would have started a relationship with him had James still been bullying and hexing people. All the same, though, it’s just as easy to extrapolate that James never grew up and continued doing horrible things. We find out from Remus and Sirius that Lily only started dating James after James stopped hexing other people, but that “other people” doesn’t include Snape. James continued targeting him unbeknownst to Lily—Remus and Sirius tell us that after James stopped hexing people, Snape was still a “special case”, and that Lily didn’t know about it because James didn’t “jinx him in front of her”. Furthermore, we also don’t know the reason why James saved Snape’s life during their sixth year. Was it because he didn’t want Remus to go to Azkaban? Because he genuinely didn’t want Snape to die? Because he finally realized that Sirius had gone too far? Was it a mixture of all three of these things, or some other reason entirely?

According to Pottermore, when Lily took James to meet Petunia and Vernon, his actions at the time caused Lily to break down crying, which is not a sign of a healthy relationship. In James’s defense here, I think it’s also possible and more than likely that Petunia’s and Vernon’s actions also contributed to Lily’s breakdown—but that still doesn’t excuse his own actions. James was amused by Vernon, and it showed: he bragged all about his racing broom and gold fortune. His desire to show off here is yet another display of James’s ego getting the best of him. 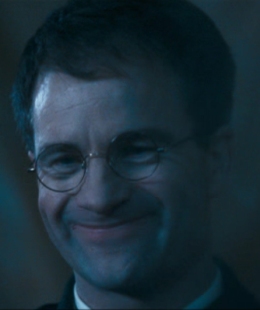 This actor is not twenty-one.

I do think it’s entirely possible that James did become a better person before he died, but I also think it’s important to point out that he died at the age of twenty-one, which is not that old. Very few people reach the age of twenty-one having grown out of all their teenage immaturity. When I was twenty-one, I was much more mature than my fifteen-year-old self and was able to reflect back on a lot of the bad things I had done, but most certainly, not enough time had passed to really distance myself from those things, and I believe the same has to have been true for James. Furthermore, the things James did are by far much worse and significantly more immature and self-centered that most other fifteen-year-olds. This is also why I personally find his character problematic and really uncomfortable to talk about at times, and I tend to distance myself from reblogging things on Tumblr about him and the other Marauders having oh-so-wacky fun at Hogwarts.

As a character, I don’t think James is bad. I think he’s really important and very easily could have been layered and fleshed out more. James Potter’s character teaches us a valuable lesson on perception and the people we look up to not being who they seem. While James could have become a better person, he could have just as easily not have and continued to emotionally abuse Lily and victimize others. I think that if J.K. Rowling wanted us to know for sure whether or not James truly got better as a person, she should have included more in the writing to show that. She should have included more scenes of James maturing and subverting toxic masculinity ideals. As it is though, we only have a handful of biased accounts to go by.