Massive trigger warnings for rape, bestiality, mutilation, and abuse up ahead.

I don’t think I will ever stop being amazed by how badly Game of Thrones handled its Sansa-Theon-Ramsay plotline. This storyline wasn’t a joy to read about in the book either, but it was something that had a lot of meaning and purpose, and Game of Thrones missed every single point the book made. One of the show’s more glaring problems is that it replaced Jeyne with Sansa. 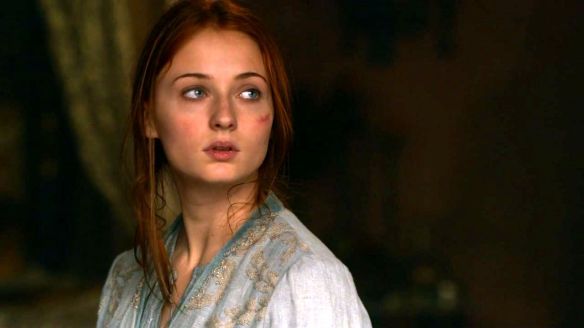 Unfortunately, this switch lead to a lot of arguments about which girl should have been abused—Jeyne or Sansa. On the one hand, Sansa’s already an abuse victim. But on the other hand, so is Jeyne. This conversation can be somewhat problematic, as it can imply that one girl deserved to be abused more than the other. Let me just say that neither Sansa from the show nor Jeyne from the books deserved what happened to them. Not in the slightest. But in terms of which girl should have been the victim if we absolutely had to have a victim, that would most definitely be Jeyne.

Due to Jeyne’s socioeconomic status and the role she was born into in society, A Dance with Dragons opens up a discussion about rape culture that it otherwise couldn’t have had. Jeyne needed to be the victim, because it forces us, the readers, to confront an uncomfortable truth about how we view victims of rape.

A Song of Ice and Fire has a lot of rape victims. Not only does rape appear in every book, but it is also the impetus that sets numerous events into motion. Daenerys is born because Aerys raped her mother. Rhaegar allegedly kidnapped and raped Lyanna. Aerys may have also raped Joanna Lannister. On top of all of that, we have what happened to both Cersei and Lysa and many, many others. I don’t believe that the books do the best job when it comes to talking about rape and rape culture. There are a lot of places the books fail—specifically when it comes to male rape, and how often female rape is used to set events into motion is certainly problematic in its own regard.

That said, ASoIaF does a much better job than so many other stories. It understands many of the subtleties that make up rape culture and in what instances people do or do not recognize rape as something that happened. For instance, not only is marital rape commonplace, it is also accepted by Westerosi society. When it comes to the victims, very few of them actually understand what happened. None of the Lannister children seem to be aware that they’re all victims of sexual abuse, and despite having experienced a bedding ceremony herself, Catelyn Stark doesn’t recognize that that whole tradition is based on rape. As for the perpetrators, we are presented with multiple rapists who don’t even realize that they’ve committed a sex crime—such as all three Lannister children, once again. For example, Tyrion doesn’t realize that having sex with someone who’s sleeping—even if he’s paying that person for sex—is rape. And on top of that, the world is filled with victim blaming, patriarchal standards that only enforce many of these problems. 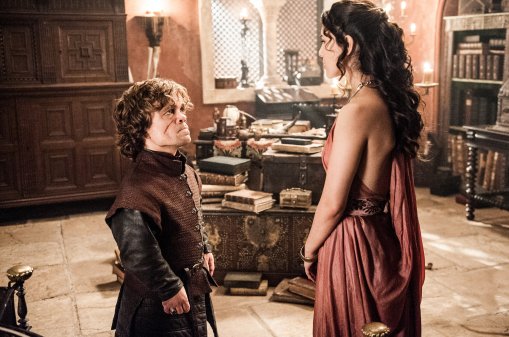 Often, even in the real world, we are socially conditioned to view rapists as some monster hiding in an alleyway, instead of as people we know and trust. In reality, rapists are fellow human beings that we are close to. They are our brothers and our sisters, our neighbors and friends. Recognizing that would force us to admit that the people we love and hold dear have committed horrendous crimes. This is an ugly truth that we shy away from, but it is also something that ASoIaF forces us to confront.

Acknowledging who rapists are and how rape culture thrives is not easy to do, so we create a narrative of some monster lurking in an alley attacking “innocent good girls”. We say that if the rapist is a monster, then the victim is a paragon of sexual virtue. In the books, Ramsay is that monster in the alley, and Jeyne is his unsuspecting victim. Ramsay’s character is a nightmare come to life for the other characters, and he represents not only Theon’s and Jeyne’s fears, but the very worst of society. He’s so evil that it’s hard to believe anyone as bad as him can exist. And yet, through Ramsay’s treatment of Jeyne, we can see that rape culture is so prevalent that even when someone is a literal monster and conforms to our stereotyped views on what a rapist is, still no one will care if the victim isn’t the “right” kind of victim.

This is why Jeyne is important and irreplaceable to what the narrative tries to teach us. No one cares that Jeyne is being victimized, because in Westerosi society, she is not a highborn lady with lands to inherit. She is not the daughter of someone important. She is a means to an end, and since she is lower socially than everyone else, she is dehumanized in the worst way and people turn a blind eye to Ramsay’s doings. No one will stop Ramsay from attacking Jeyne, because Jeyne is not a Stark, and therefore she doesn’t matter. 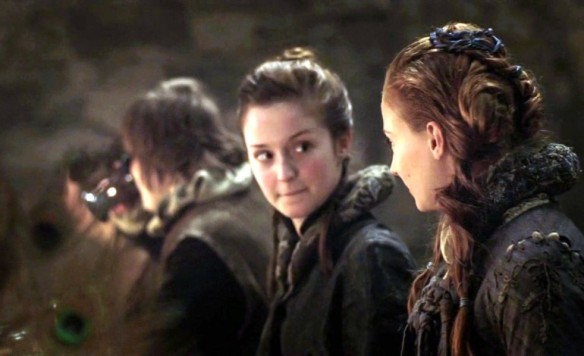 Through Theon, however, we can see that Jeyne does matter, and through her suffering, we can see why everyone else is so horrid. The people who can help her, and don’t, are complicit in her trauma. When I first read A Dance with Dragons, I was annoyed that we never see from Jeyne’s point of view, since she is also a victim. This is an annoyance that I realized was misplaced, because unlike the other rape victims in the story, the narrative didn’t want to focus on and explore the fact that Jeyne was raped. It wanted to explore the fact that a girl could be raped and no one would care, no matter how brutal the assault actually was. In order to do that, we needed Theon’s perspective, because it’s Theon who interacts with all the other high lords.

All the people that could help Jeyne are too busy with their own drama to pay much attention to the horrors going on. Lady Barbrey Dustin didn’t like Ned Stark, so she spends her days lamenting that she can’t find his bones to feed to her dogs. Meanwhile, Jeyne is trapped in a room down the hall being beaten. Her breasts are covered in bite marks, and no one helps her. The other lords, such as Wyman Manderly and Ser Hosteen, are fighting each other over their personal and familial honor, and Jeyne is in a room down the hall being given the option to have sex with a dog or to have her feet chopped off. And no one helps her.

When people do come to rescue Jeyne, they don’t do it because it’s the right thing to do. They’re there because they think she’s Arya Stark, a girl who is “important”. The only person who wants to help Jeyne for the sake of helping her is former rapist and child-murderer Theon Turncloak, who is just as abused as she is, and the only one with absolutely no political power to make a difference. 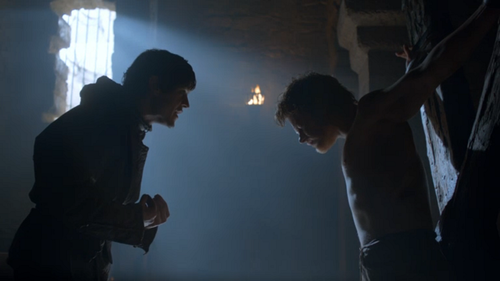 This is a point that Game of Thrones missed entirely. By replacing Jeyne with Sansa, a girl who “matters”, and neglecting Theon’s internal identity conflict, the rescue became about Theon regaining his masculinity after being completely emasculated seasons earlier. And the show wanted us to cheer him on for that reason. ASoIaF, on the other hand, didn’t care about Theon’s masculinity. Jeyne’s rescue by him wasn’t about that. It was about doing the right thing when no one else would and getting both her and himself as far away as possible, even if that meant death. Jeyne’s rescue by someone as horrible and socially ostracized as Theon and not by the supposedly honorable lords around her only goes to enforce this.

We learn a lot about rape culture through Jeyne’s treatment and how it perpetuates itself in our own society. We can also see how abysmal and bleak this situation can be for a victim and how those of us with the power to do something and don’t are just as complicit in the crime. It’s not something that we like to think about, but it’s a good lesson for the book to give us, and it’s one of the reasons these passages from A Dance with Dragons are so uncomfortable to read and yet so important at the same time. Like so many other things, Game of Thrones completely missed the point here as well. The show doesn’t talk about rape culture—it is rape culture, and it took all the good meanings and lessons from the books and twisted them into nothing more than shock value.

7 thoughts on “What We Can Learn from Jeyne Poole, Theon Greyjoy, and Ramsay Bolton: Part 2”