Here is a question that you’ve probably never thought about (and probably don’t want to know the answer to): What would the Catholic Church say about sex between humans and sentient non-humans? Aliens, faeries, werewolves; in much of sci-fi/fantasy/horror, humans are getting busy with some non-human being. And while that is all well and good, I always kind of wonder: if this were real, what would my church have to say about it?

Well, so far, the Catholic Church hasn’t said anything specifically about dealing with non-humans, whether through sex or otherwise, but interestingly enough, the Church has made some statements about aliens. Rev. Jose Gabriel Funes, a Vatican astronomer, made a statement not long ago explaining that belief in aliens is not contradictory to Catholic teaching. The Church to this day remains agnostic about the existence of aliens. So while the Catholic Church doesn’t have any specific rules about non-human beings, you can already see that such ideas are not totally out of the realm of possibility.

The Catholic Church believes that much (not all) of their morality is derived from universal truths placed in the world by God. Universal truths mean that there are certain moral truths that human beings will be able to recognize, regardless of religion or background. So it stands to reason that the same principles of human sexual ethics taught by the Catholic Church would apply here. But there would certainly be many grey areas and many things that would perhaps differ depending on the non-human being someone was having sex with.

The first and most obvious question is whether the non-human is a thinking being with free will and the ability to consent. If a faerie is more like a humanoid-looking insect than a sentient adult human, then the Church would forbid it because the faerie would be unable to give full consent.

Another question would be whether or not the human and non-human couple could have babies. The one of the main reasons that the Catholic Church is against gay marriage is because gay couples do not have the ability to have a child. For the Church, sex requires that two aspects be fulfilled: the unitive (love between two people shared through physical intimacy) and the procreative (the children that come out of that intimacy). If no child could come out of sexual intimacy, then the Catholic Church would probably forbid it.

Now there is some hypocrisy here, as heterosexual couples who can’t have kids can still get married, but I think on the issue of humans and non-humans the Church would take this issue seriously. Of course, the focus here is primarily on heterosexual couples, i.e. whether or not a heterosexual human and non-human could have a child, but another interesting thought would be if all those mpreg fanfics were possible among certain non-human species. If homosexual couples could create children, the Church would admittedly still be hesitant and drag its feet, but it’s possible that they would at least okay homosexual marriages between human and non-human couples where there was the possibility of children.

Furthermore, aliens or magical beings might not even have the same concept of sexual preference and gender. The Catholic Church has a very binarist view of gender and much of their criticism of feminism has revolved around many feminists’ attempts to break from the harmful gender binary. The Church does not recognize any variation in gender other than the male/female binary. Hopefully this attitude will change in the future, but the Church works and changes so slowly you’re more likely to meet and marry a non-binary alien before that happens. So how would the Church react to non-binary beings if their views remained the same? The revelation might push them into embracing a more broad understanding of gender, but I’m doubtful about that. The Church actually kind of hates how today the term “gender” means something other than physical sex, and you will rarely see any Church official use the word “gender”. Instead they will use the term “sex” to refer to someone’s gender. So if the non-humans in question were still physically like humans, officials would most likely claim that their concept of gender was wrong. If the non-human beings were physically different, the Church would probably claim that the only reason they don’t fit the binary is because they are physically different from humans. I cannot say how this would affect a human’s ability to marry a non-human in the eyes of the Church. The Catholic Church has never officially said anything on transgender issues, let alone the various non-binary genders and how they relate to marriage. In humans, the Church would probably just say the people who identify as these other genders have a disorder. With non-humans, as long as they could physically prove they have more than one gender the Church would have to consider the issue, but otherwise they’d probably claim the non-humans had a disorder as well, or just were operating on a flawed concept. 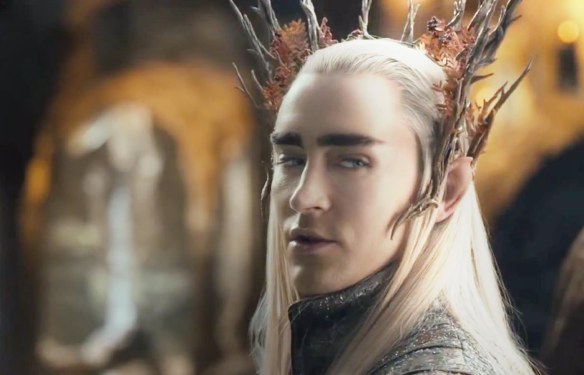 Another factor is whether or not the couple can actually have sex. In most speculative fiction stories, non-human beings have humanoid bodies, making it all the easier to have sex with them, but in actuality, that wouldn’t always be the case. And in the Catholic Church sex is part of the sacrament of marriage—even for heterosexuals. Though it doesn’t come up often, if, for example, a man is impotent, unable to achieve an erection and ejaculate some kind of fluid (even if that fluid wouldn’t get anyone pregnant), he could not get married. Furthermore, even if a couple can have sex but get married and don’t have sex, it’s extremely easy for them to get an annulment because the Church will basically not view the couple as married until they have sex.

Mmmm… Alcide is far too pretty.

There would also be issues to consider depending on which magical or alien being a human is considering sleeping with. For example, the Church may approve marriages and sex between werewolves and humans, but only if the werewolf is in human form during intercourse. Despite an argument being made that in even in wolf form a werewolf can still consent, I highly doubt the Church would okay such a thing.

This is probably not something you or many speculative fitction authors think about, largely because many speculative fiction authors don’t even think about including religion in any meaningful way. But it certainly is interesting, and I would honestly love to see a story that deals with issues like these and theology/morality. For example, if there were a story where aliens land on Earth and stayed as refugees, a priest character might have to deal with human/alien couples who want to get married, and maybe the Pope and bishops would also be trying to figure out what to do about these issues. I’m not saying it should be the main plot, but it is a side plot I would enjoy the heck out of reading.