It being the month of Halloween, with the actual day right around the corner, I decided I would go looking for something from a spooky fandom to rec for this particular Fanfiction Fridays. Of course, I realized shortly thereafter that I’m not in any particularly spooky fandoms, being a certified scaredy-cat and all. So instead I turned to a fandom that, while not too spooky in practice, is, in fairness, flush with ghosts and monsters in canon. Yes, I’m talking about Scooby-Doo.

I’d never ventured into the smallish Scooby-Doo section on AO3 before, but I was pleased to find a wide variety of fics there, especially fic supporting the Velma/Daphne pairing. Words To Me is one of those, and imagines a world where the Mystery, Inc. gang regularly hunt for-realsies monsters rather than capitalists in masks. Nothing particularly scary happens in this short, sweet fic, unless you consider that the real monster was facing your feelings all along.

END_OF_DOCUMENT_TOKEN_TO_BE_REPLACED

Orphan Black ended this summer, and in the finale, we got to see a little of what most of the clones were doing post-big battle. Sarah, Helena, Cosima, and Alison all came together at Alison’s house to discuss their experiences with motherhood and sisterhood; a fitting cap to a series that held these concepts at its core. Another clone, Rachel Duncan, wasn’t involved in this healing conversation — she hovered on the outside, giving Felix some information about the remaining Leda clones, but stopping short of going in the house and joining her sisters. This was probably as much as could be expected — throughout the series, Rachel was undoubtedly an antagonist, one who did terrible things to her sisters despite being a victim herself. She’s a layered, complex female character who really got to epitomize Brooklyn Nine-Nine‘s “cool motive, still murder” test, which is a status usually given only to white male characters. Still, part of me was hoping that Rachel could have been given a just a little more development than what she got in canon. Fortunately, today’s fanfic does just that.

END_OF_DOCUMENT_TOKEN_TO_BE_REPLACED

“I believe what Yuuri is trying to convey is ‘Excuse me, Viktor. Did you say you’re a vampire?’” Phichit translates with grim cheer.

Phichit hops up from the armchair to perch on the sofa’s arm, pulling Yuuri in protectively to his side. Yuuri tucks himself in and turns to gape at Viktor again.

“No,” Yuuri snaps, eyes glittering and chin stuck out in the air.

Viktor’s jaw drops. Even the youngest newborn should be able to recognize their own kind. Has the state of turned vampires gotten to be so dreadful? Well, no. That can’t be it either. Phichit sensed him from at least three blocks away when they were stopped at the red light. “When were you turned?” he inquires. “If you don’t mind me asking,” he adds hastily for avoidance of risking any additional misunderstandings on this point.

“Amazing,” Viktor murmurs. “How are you still alive?”

Now that October is properly upon us, my spooky loving heart is constantly begging for every vampire, ghost, magic, and every seasonal etcetera that I can get my eye globes on. I’d almost lost hope at finding a suitable fic for my Fanfiction Fridays post this month, but thankfully the Yuri!!! On Ice fandom was there for me, and among its multitudes of AUs I knew I could find the good vampire content I crave. glassteacup’s Misconceptions and Truths About Vampires wasn’t exactly what I was expecting–in only good ways–but what glassteacup is missing in perhaps more aesthetically vampiric characterization, they more than make up for with modern vampires just trying to get by and intriguing snippets of much deeper lore. END_OF_DOCUMENT_TOKEN_TO_BE_REPLACED

From its inception, Animorphs was always a series dedicated to what we’d term social justice today. It featured five kids of various ethnicities trying to save the world from a secret alien invasion, becoming child warriors in the process. But as a product of the 90s, it didn’t focus on LGBTQ+ issues very much. Sure, the protagonists were very young, and author K.A. Applegate might not have been able to get any LGBTQ+ rep through her publishers if she had had any ideas, but the fact remains that a series about kids literally changing their bodies as a weapon of war should have made trans issues front and center in Animorphs‘s otherwise excellent diversity.

Fortunately, in recent years the Animorphs fandom has taken steps to correct this oversight. One of my previous FFs, Bird in a Cage, was a character study of Tobias, arguably the Animorph with the most gender dysphoria. Canonically, Tobias never felt comfortable in his human body, and when he ended up trapped in his hawk morph, it wasn’t his body he missed, but his humanity in general. In that fic, author etothepii explores the idea of Tobias as a trans girl coming to terms with her gender identity. Today’s fanfic broadens the scope of these gender identity issues by changing the gender identity of all the Animorphs. The Word of Your Body is a series of vignettes about trans, intersex, and nonbinary Animorphs that looks at the many social and family issues that the gender-diverse Animorphs have to go through in the shadow of the war.

Trigger warning for gender dysphoria, transphobia, and internalized transphobia in the fic. As Animorphs was originally written in the 90s, this fanfic was written using LGBTQ+ terms that would have been used in the 90s, despite the fact that we no longer use some of these terms today. Please read with caution.

END_OF_DOCUMENT_TOKEN_TO_BE_REPLACED

Me during the final episode. (via Giphy)

At long last I finished the first season of Dice, Camera, Action!, a D&D webshow much in the vein of others such as The Adventure Zone and Critical Role. The events leading up to the final showdown with the vampire lord Strahd was as about as intense and chaotic as one could expect, yet as the dust settled I found myself wanting more. Yes, there’s another season out—which I started—but something about the way things finished left me seeking out some comfort fic both for the characters and to ease my shaken heart. Luckily, even amidst the seemingly small bounty, fanfic provides.

END_OF_DOCUMENT_TOKEN_TO_BE_REPLACED

Over our summer break, I was reading a book whose protagonists traveled to alternate universes which, frankly, I didn’t like very much. But it did get me thinking about the idea of alternate universes in fiction. Not the scientific concept of alternate (parallel) universes—though that’s often the subject of many sci-fi stories—I’m talking about the alternate universes that result from one thing changing in a fictional story. What if Charles Xavier died before he could found the X-Men? What if Captain America was a Nazi? Undoubtedly, a lot of things would be bad. And unfortunately, this is the kind of alternate universe that we often see in today’s fictional media. However, the idea that one different thing could change everything is so broad that I don’t understand why this kind of grimdark change is the most common. Fanfiction also often deals in alternate universes which diverge from canon, but the changes of fanfiction, on the whole, all tend to be more positive and more emotionally satisfying. Though many mainstream movies and TV shows disdain this sort of happy story, an alternate universe which changes originally negative canon material into positive new story fodder can bring with it a wide range of different emotions than the usual grimdark reboot is capable of.

What if… not this. (via bleedingcool)

END_OF_DOCUMENT_TOKEN_TO_BE_REPLACED

A lot of popular fictional stories have, as their primary premise, their protagonists traveling from one world (typically our world) into another, far different, world. Whether this is something like The Forbidden Kingdom (a movie about a white savior transported to ancient China which I nevertheless loved as a child) or the much better Spirited Away (a movie about a young girl who falls into the spirit world and grows up along the way), traveling to new and fantastical worlds is such a part of our fictional tradition that it’s seen dozens of times in new stories every year. But very few of these stories really explore the emotional cost of traveling to these new worlds. That’s where today’s fic comes in. Through the use of an unusually real medium, This American Life, today’s story This American Life episode 141: A Whole New World. (Transcript) discusses the pros and cons of traveling to new worlds. 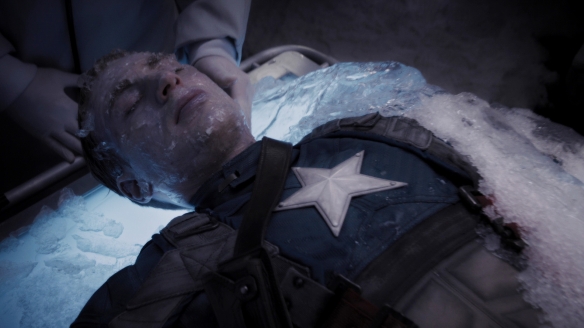 END_OF_DOCUMENT_TOKEN_TO_BE_REPLACED

Voltron: Legendary Defender‘s Season 3 has come and gone already – pretty easy when the runtime of the whole season is less than three hours. With only seven episodes to satiate my needs for its particular brand of mediocre-to-promising character development and giant robot lions punching things, the obvious next step was turning to fanfic. And although the Voltron AO3 section can be like a kinked-out version of the Wild West on the best of days, I was lucky enough to find this character-centric gem after just a bit of searching.

As my favorite Voltron fics often are, this fic is told from a trans!Pidge’s POV, and centers on her relationship with Shiro following the events of this season.

END_OF_DOCUMENT_TOKEN_TO_BE_REPLACED

If you’re all caught up with Orphan Black this season, you’ll know that the second episode of the current season featured the truly egregious death of one of our clones. Not only did said clone die, she was also killed in a dehumanizing manner that spoke to neither her narrative nor her personal agency, and after watching the episode, I was desperate for something to get the bad taste of it out of my mouth. Fortunately, I found a great fanfic for today by another similarly-aggrieved Clone Club member.

Spoilers for the current (fifth and final) season of Orphan Black after the jump.

END_OF_DOCUMENT_TOKEN_TO_BE_REPLACED

Back when it premiered in 2014, I settled down excitedly to watch Starz Network’s early-1700s pirate drama Black Sails. I had a notion going in that it was being marketed as Starz’s answer to HBO’s Game of Thrones, and would be trying hard to fold in a comparable amount of sex, depravity, and violence. I wasn’t wrong, but the first episode of Black Sails introduced a lesbian relationship that felt so painfully tailored to the male gaze that I actually lost interest and stopped watching, certain that the rest of the show would be cringeworthy. I only gave the show another shot as of a few months ago, when my partner kept asking if we could watch it together. Had it not been for them, I would have done the same thing over again, because the lesbian scenes were as bad as I had remembered. But we slogged through episode one, and as the show went on, I was surprised to find that things turned around in the best possible way.

Spoilers for the entirety of Black Sails below.