Given that the world is already full of enough horror at the moment, I decided to forgo the bizarre thriller flick I found and talk about an upcoming animated feature instead. Most of us have a pretty good grasp on at least one or two Greek myths—even if you didn’t have a unit about them in school, they’re somewhat inescapable in popular media. With re-imaginings like Percy Jackson maintaining a modicum of popularity, it’s no surprise that studios continue digging down into the mythology wellspring. Today I present a new take of the story of Icarus that has as much potential to be enthralling and thought-provoking as it does to be boring and even offensive.

END_OF_DOCUMENT_TOKEN_TO_BE_REPLACED 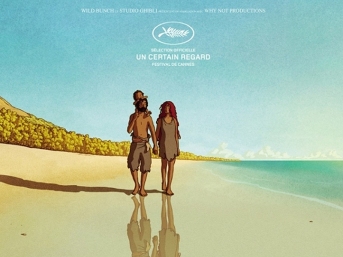 After the pleasant (but still mildly depressing) surprise that was My Life as a Zucchini, I’ll admit: I was pretty excited to check out the final Oscar’s animation nod for this year. Add to that the fact that Studio Ghibli also had their hands in this animated feature and, well, it just seemed like a slam dunk. Despite everything it had going for it, though, director Michaël Dudok de Wit’s The Red Turtle—La Tortue Rouge in French and Aru Shima no Monogatari in Japanese—just didn’t stack up to any of the excitement or expectations I had for it. It’s no secret that the Oscars, or any mainstream award show, is basically just a huge circle jerk for popular companies. Still, the fact that this film was even nominated at all, to me, shows that Disney’s association with Ghibli (and, well, how awesome Ghibli usually is) overrode any actual critical viewing of this film.

END_OF_DOCUMENT_TOKEN_TO_BE_REPLACED

Here on this blog, we’ve unintentionally managed to cover just about every animation nominee for the 2017 Academy Awards in one way or another. Not that I particularly care about the Academy or their opinion, but after giving some page space to Kubo and the Two Strings, Zootopia, and Moana, it felt kind of strange to just ignore the other two films and my artsy ass can never resist delving into productions by lesser known studios. So I set out to tackle the first of these two films: My Life as a Zucchini (or Ma Vie de Courgette in the original French). Distributed by Gebeka Films and premiering at the 2016 film festival in Cannes, the quirky stop-motion film tackles a surprisingly dark subject, and does it well. However, as with most things, this doesn’t mean it was devoid of problems.

Spoilers below and trigger warning for mentions of child abuse.

END_OF_DOCUMENT_TOKEN_TO_BE_REPLACED

During the middle of last week, Disney finally released their U.S. trailer for their own theatrical jaunt into the Day of the Dead mythos, Coco. I, for my part, completely forgot this movie was even going to be a thing, and still kind of wish that it wasn’t. The bad blood Disney created during the film’s production still lingers, and with a seemingly superior film, The Book of Life, having already been released, many still question why we even need Disney’s spin on Mexican culture. Does Coco seem worth giving the time of day? For the time being, I’m going to give it a somewhat wary “yes”.

END_OF_DOCUMENT_TOKEN_TO_BE_REPLACED

Though both Studio Ghibli and Hayao Miyazaki seem to be in this bizarre limbo of being in and out of the animation circuit, it seems that fans of the studio’s style and themes will have somewhere else to look to once their final animation cel is crafted and Ghibli’s doors close for good—Studio Ponoc. For their first feature-length film, Studio Ponoc is giving us Ghibli-esque goodness featuring an adorable protagonist and, of course, magic.

END_OF_DOCUMENT_TOKEN_TO_BE_REPLACED

Son of Zorn has a high-concept premise to be sure: Zorn (voiced by Sudeikis), a clear homage to the 1980s animated version of He-Man, returns from the land of Zephyria to get involved in the life of his son, Alangulon—or “Alan” to his friends. Because Zorn’s baby momma isn’t She-Ra or any other sort of Amazonian heroine: she’s Edie (Hines), a perfectly mundane woman living an ordinary life with her new fiancé, psychology professor Craig (Meadows).

END_OF_DOCUMENT_TOKEN_TO_BE_REPLACED

I’m a sucker for singing shows. I was one of the millions drawn into the phenomenon that was American Idol’s first season, and on a normal day you can find my friends and me watching episodes of The Voice, gushing over all the talented people that cross its stage and criticizing the judges’ choices. (Midas Whale was robbed!) So, upon seeing the trailer for the upcoming animated film Sing, I knew immediately that I would have to see it, even if it’s not entirely perfect.

END_OF_DOCUMENT_TOKEN_TO_BE_REPLACED

I would never claim to be the biggest Marvel fangirl, but as someone who somehow developed a passing interest in the MCU I found myself, alongside my group of friends, in the theater opening week for Civil War. Watching the previews for the upcoming movies was an experience I could only describe as “tired groaning interspersed with slight approval for Rogue One”, but the thing that stuck with me longest was just how much of a goddamned hot mess Doctor Strange is going to be. Oh sure, I’ve heard all the justified cries of whitewashing, not doubting them for a second, but it wasn’t until I saw the trailer for myself on the big screen that I knew my quip of “ah yes, there he is; the only white man in Nepal” was merely masking my absolute disgust at how far Marvel was willing to go to exclude actual non-Black characters of color from their films.

This, however, wasn’t even what prompted me to write this post. A couple days ago on my Facebook wall, I saw someone drop a link that Little Door Gods was getting an English release. As happy as I was to hear that, the casting seemed to be doing everything in its power to knock the wind out of my sails. Meryl Streep? Nicole Kidman? Mel Brooks? All talented in their own right, but seriously: what the fuck is this shit? (Though according to a recent tweet by fellow reported vocal talent Zendaya, this could be untrue. Not that this excludes the problem.)

We need to do better.

END_OF_DOCUMENT_TOKEN_TO_BE_REPLACED 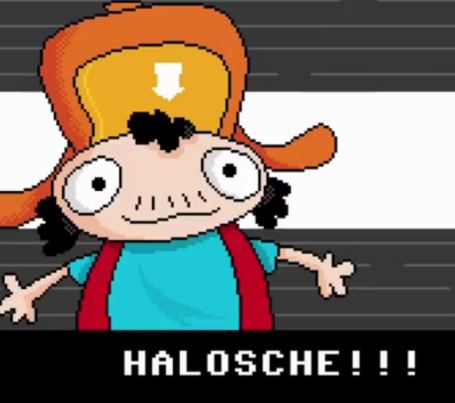 In days of yore, we didn’t have fancy things like high-speed Internet access. We measured our bandwidth in baud, and nobody knew what it meant. In such primitive times, quality video was a pipe dream, at least if you wanted sound and recognizable human forms. Our creative types turned to Flash, a much-maligned but once-vital format now doomed to the dustbin of cassette tapes, laserdiscs, and DIVX.

But any medium can be a muse, and Flash smiled upon the Brothers Chaps. In 1999, they brought a beanie-wearing, star-shirted jock named Homestar Runner from his humble origins in Mario Paint save files to the masses.

Homestar, joined by an unlikely cohort of friends, enemies, and well-wishers including Strong Bad, the Cheat, Marzipan and the Poopsmith, delivered a decade-plus of the best internet comedy any of us had ever seen. In a crudely-animated cluster of absurdist humor, sight-gags, and invented words, the Brothers Chaps took over the world, even landing a reference to Strong Bad’s dragon, Trogdor, on the series finale of Buffy the Vampire Slayer.

Alas, all good things must come to an end, and after 2009, little new Homestar content was produced, as the Brothers Chaps moved on to bigger and better things like Yo Gabba Gabba and Gravity Falls. The old website, Homestarrunner.com, gathers dust, a monument to those heady days.

But now, the Brothers Chaps are back.

END_OF_DOCUMENT_TOKEN_TO_BE_REPLACED

I’m not as much of a Jurassic Park fan as Ace is, which is to say that I really never got into the franchise and felt only a mild contact excitement from the announcement, and subsequent release, of Jurassic World. This is not to say, however, that I never had a dinosaur phase. Back in elementary school I, right alongside many of my peers, was going on fake fossil hunts and learning all about the various eras in dinosaur history. One of my fondest memories of my dinosaur phase was sitting at my grandmother’s house with my brother watching this one Golden Book educational video she had. Oh my god, you guys: we loved this video. It was a staple on our cross-country trips until, sadly, the VHS finally deteriorated from being loved too much. So today, I want to share this little bit of my childhood with you. It may not be Jurassic in quality, but 1987’s Dinosaurs! A Fun-Filled Trip Back In Time! was everything a kid like me could have wanted in an educational video: Fred Savage, claymation, and a snazzy musical track. (This song will absolutely get stuck in your head forever.)